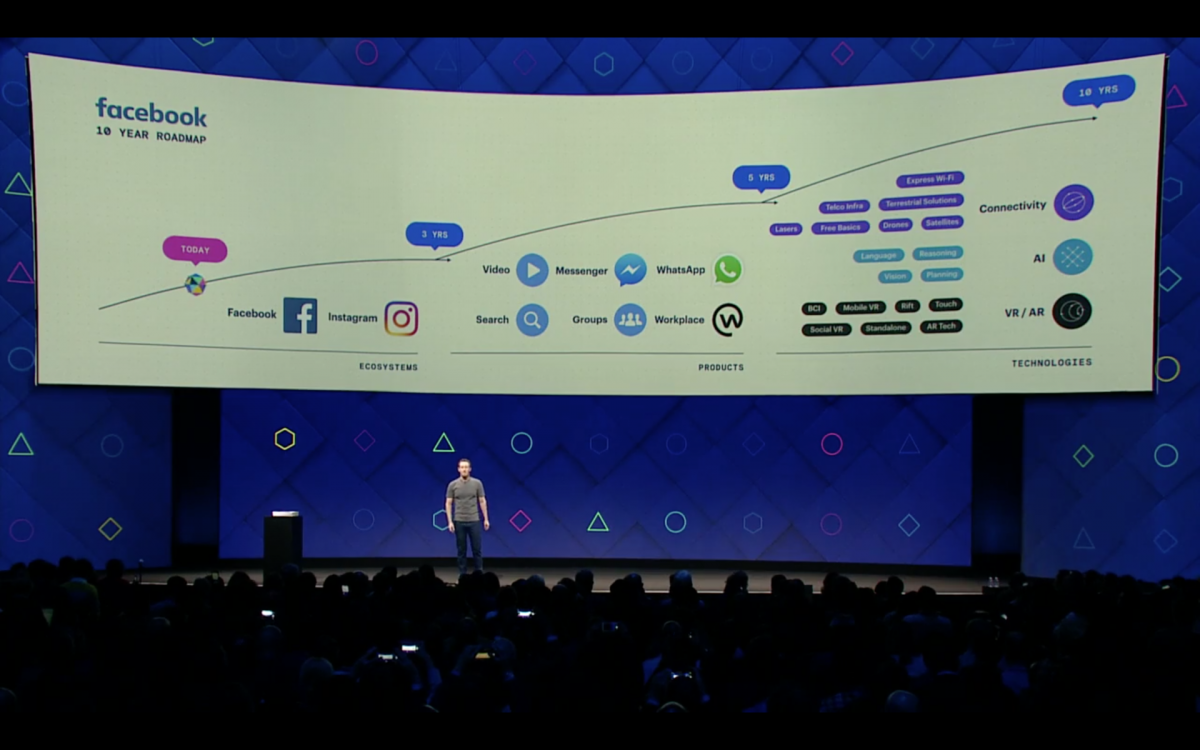 Today started the Facebook F8 conference. The event is interesting for exactly the way Facebook sees the future. Such a number of futuristic fantasies in my head are not born either after WWDC, or after Google IO. As expected, a great emphasis was placed on the additional and virtual realities, but the main task for...
READ MORE
SHARE
Facebook
F
Twitter
T
Google
G
COMMENTS 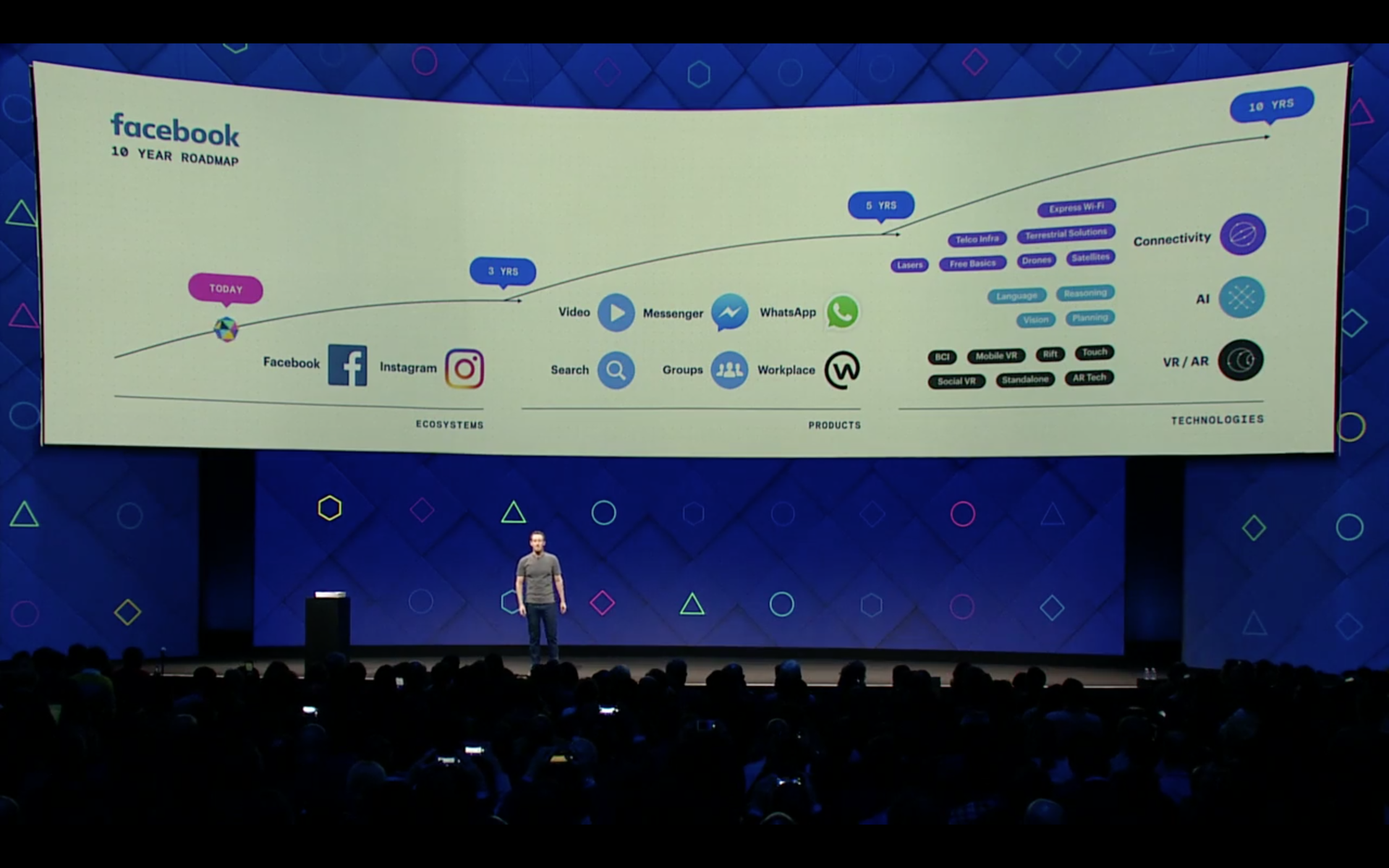 Today started the Facebook F8 conference. The event is interesting for exactly the way Facebook sees the future. Such a number of futuristic fantasies in my head are not born either after WWDC, or after Google IO. As expected, a great emphasis was placed on the additional and virtual realities, but the main task for Facebook from the words of Mark Zuckerberg is to build communities. If earlier the goal was simply to connect friends and acquaintances, now we are talking about the formation of interest groups.

The company announced Spaces – a social network for Oculus Rift. In this service, users are presented in the form of avatars, the image of which is built on the basis of photographs in the profile. With Messenger, you can call your friends, or rather with their characters, which simulate live communication in any specified place. And objects drawn in virtual space are transformed into interactive objects that can be used. It looks very cool.

At the current stage up to four users can participate in one VR-session. In the future, Facebook plans to open access to Spaces and other VR devices. “In the end, we want to be present on all VR-platforms,” ​​said Michael Booth, the head of social VR projects.

Facebook has developed a platform for Camera Effects, which consists of Frame Studio and AR Studio. The first is, in principle, a banal layering for photos. But the second one is a kind of “MSQRD-constructor”, but not only for processing human faces, but for everything. The tool allows you to add a steam effect to the coffee or run small sharks in the cup, change the lighting in the room or fill it with M & Ms and so on.

You can also use AR Studio to display a wine store map and a link for purchasing a purchase when you click on a bottle of wine. The potential is impressive, however, this idea for some reason reminded me of the Internet of the late nineties or the beginning of the zero ones. Will the dominance of advertising and banners of the new formation or all will look organic?

In general, the Camera Effects Platform is something insanely interesting, flowing from experiments with photo effects to virtual reality. I want to hear about the first experience with the platform. The repeated repetition of the abbreviation AI and the phenomenal technologies of object recognition from the presentation look impressive. But if everything is at such a high level, why does the corporation still have problems with prohibited content?

A few weeks before the conference on TechCrunch, they wrote that group bots would appear in Messenger. Something corresponding to this concept called Chat Extensions did appear, but this is significantly different from the existing capabilities in Telegram or Slack. Chat Extensions are applications for chatting in the form of tooltips without access to the dialogue of the dialogue especially for inline tasks.

Appeared Discover Tab – catalog of bots and extensions and Parametric QR-avatars in Messenger store information for interaction from the real world.

New opportunities for Facebook M assistant were also demonstrated, which offers various tips throughout the conversation. For example, you wrote that you want to eat, “M” will offer you an order function from existing Chat Extensions. How this is determined is not said.

The Groks channel telegram had an interesting entry touching this topic:

The Information reports that “M” is able to process only 30% of all messages. In this regard, Facebook makes a “pivot”, and “M” will be designed for contextual advertising inside Messenger. In other words, soon in the dialogues at the “appropriate moment” will appear a proposal to buy something. Here is the real state of affairs that lies under the guise of loud slogans about steep encryption and harmless collection of meta-data from instant messaging services.

Messenger uses 1.2 billion people, for which more than 100,000 bots have already been developed. Game bots in the last 90 days were used more than 1.5 billion times.

Fantasy for easy reading. "Run to the last" / Geektimes